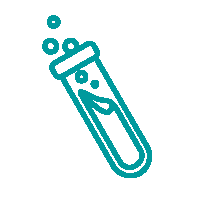 NMR over orders of magnitude of magnetic field… in each experiment!

Abstract: High-resolution, high-field NMR is a powerful tool to investigate matter, with broad applications in chemistry, material science, structural biology and medical diagnostics. Further improvements of resolution and sensitivity come in part from the development of spectrometers operating at higher magnetic fields. This quest led to a series impressive technological achievements but represents a slow (on average ~5 T or 200 MHz per decade) and costly process. In parallel, low-field NMR is a versatile technology, available from the bench of chemists to the depth of oil wells. Low-field NMR provides great information on the structure of small molecules and the dynamics of complex media, with limited sensitivity and resolution. Can we enhance the power of high-field NMR by combining it with low-field NMR? I will present the development of two technologies, two-field NMR and high-resolution relaxometry, which combine low- and variable-field NMR with high-field NMR. I will show applications to the determination of internal motions in proteins, the analysis of interactions in biological fluids, and sensitivity gains in two-dimensional NMR.

Fabien Ferrage did his undergraduate studies at the Ecole Normale Supérieure and Université Pierre et Marie Curie in Chemistry and Molecular Biophysics. He conducted his PhD under the supervision of Geoffrey Bodenhausen. He visited Art Palmer’s lab at Columbia University in 2001. He joined David Cowburn’s team at the New York Structural Biology Center in 2003 as a postdoc. He was appointed associate scientist at the Centre National de la Recherche Scientifique (CNRS) in 2005 in Geoffrey Bodenhausen’s group. Between 2007 and 2009, he worked part-time at the New York Structural Biology Center, collaborating with David Cowburn and Ranajeet Ghose. In 2010-1011, he spent two years as a visiting scientist in the team of Aneel Aggarwal at Mount Sinai School of Medicine. He was appointed associate professor at ENS in 2015 and research director at CNRS in 2016.

His main focus is on NMR methodology. For the last decade, his research has been focused on method and instrument developments for the exploration of biomolecular dynamics by NMR relaxation. In particular, he is investigating protein dynamics from low-magnetic field nuclear spin relaxation, by a technique called high-resolution relaxometry. He introduced, in a partnership with Bruker Biospin, two-field NMR spectroscopy, where moderately low and high magnetic fields are coupled in all experiments. Fabien Ferrage has authored 67 articles in peer-reviewed journals, 5 book chapters, given over 70 invited talks, communications and seminars, and is the co-inventor of 4 patents.